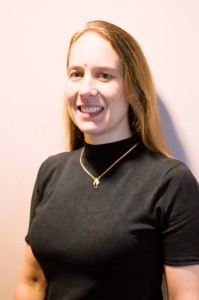 Marian Casey, SDSO Associate Principal Bass, is cello and bass instructor for the University of Sioux Falls and Dakota Wesleyan University, having played a key role at both schools in bringing long-dormant orchestral string programs back to life.  She also performs regularly with the Huron Symphony Orchestra, Sine Nomine Orchestra, and LyricWood Strings, and subs with many other symphonies in the tri-state region.

An unapologetic multi-instrumentalist, Marian has recently been heard playing xylophone with the Sioux Falls Municipal Band, jazz bass for a flute recital by Sir James Galway, Dixieland cornet for a Mardi Gras event, Celtic harp with an Irish fiddler at Touch of Europe, and French horn in a rock concert by the band Kansas with the Augustana College/Community Orchestra.  Other past musical adventures have included hammered dulcimer with the Minnesota Orchestra, musical saw with the Saint Paul Chamber Orchestra, pennywhistle with the Sioux City Symphony Orchestra, cello in a backup combo for Bob Hope, and zither with the Northwest Iowa Symphony Orchestra.

Among Marian’s treasured SDSO memories are standing-room-only holiday concerts in Hoven’s beautiful “Cathedral on the Prairie”, Sylvia Henkin stealing the show during Michael McGowan’s performance of “My Yiddishe Momma”, piano concertos with Awadagin Pratt and Lee Luvisi, trying to keep playing despite the Moody Blues’ spectacular light show, jamming on “Fly Me To The Moon” with saxophonist Branford Marsalis, the encore performance of Sibelius’ Fifth Symphony finale, and, of course, getting to meet and play with cellist Yo-Yo Ma to launch the opening season of the new Washington Pavilion.