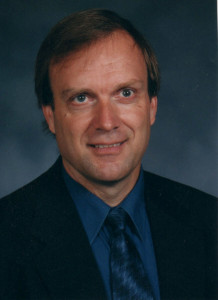 Mark Isackson taught instrumental music at all levels for 37 years, and retired from the Sioux Falls Public Schools in May 2011, where he taught band and orchestra at all levels, and in many different SFPS schools for 30 years. He has been a past part time music staff instructor at Augustana College – working in the jazz and saxophone programs; and is also the founder of the All-city prep jazz program.

He was also the founder of the Sioux Empire Youth Orchestra’s younger orchestras (Symphonia and Prelude Strings) in 1991. In 2008, Isackson assisted in transitioning these groups into the South Dakota Symphony Youth Orchestra Program.

Born and raised in Duluth, Minnesota, Mr. Isackson attended the University of Minnesota, Duluth-majoring in multiple woodwind performance while earning a music education degree. He later earned a M.A. from Augustana college. In addition to teaching in Minnesota and South Dakota, he taught 6 years at the Northeast Music Camp in central Massachusetts.

As a performing musician, Mr. Isackson is seen often as the Associate Principal clarinetist with the South Dakota Symphony. He also leads the Sioux Falls Big Band as well as small jazz and variety groups ranging from 2 to 8 players. He has performed with numerous name bands and musicians throughout the years, and continues to be a active “sideman”, as well as bandleader.

Since retiring from music teaching, Mr. Isackson’s 2nd career is that of a flight instructor and charter pilot. He is a co-owner of Legacy Aviation at Y14 (the Tea, or Lincoln County airport), where he oversees and manages the business with his 2 partners.