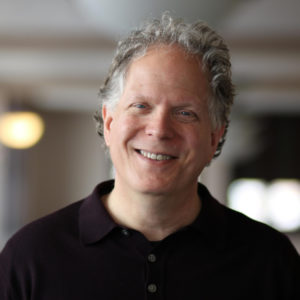 Sioux Falls, S.D. – The South Dakota Symphony Orchestra (SDSO) and Maestro Delta David Gier announced its 2019-20 season at this Saturday’s performance of All Mozart: The Final Symphonies. Highlights include Beethoven’s extraordinary Ninth Symphony, a screening of the exquisitely restored film The Wizard of Oz with the orchestra performing the score live to picture, and a brass blast of the best of Chicago.

Maestro Gier will lead the SDSO through its seven-concert Classical Series which includes one of the most popular symphonic works of all-time, Beethoven’s Ninth Symphony. Other concerts featured on the Classical Series include Mozart’s Requiem performed in the St Joseph Cathedral in Sioux Falls, Ravel’s rich orchestral setting of Mussorgsky’s Pictures at an Exhibition, and a semi-staged production of Verdi’s La Traviata. Rachmaninoff’s final masterwork, the Symphonic Dances, and music from modern day masters John Corigliano and Zhou Long also feature on the series.

The SDSO’s five-concert Pops Series features Brass Transit, the world’s foremost Chicago tribute band, performing favorites like “Saturday in the Park,” “25 or 6 to 4,” “Wishing You Were Here,” and many more. In February 2020, the SDSO will perform the score live to picture with The Wizard of Oz in concert. Celebrations of the music of John Williams, George Gershwin round out the series along with the SDSO’s own Christmas spectacular, ‘Tis the Season, featuring Broadway singers, dancers, and an array of performers in a unique production that is different every year.

Subscriptions for the 2019-20 season are now on sale to the public. Subscribers receive a variety of benefits including the same seats through the entire concert season and discounts on their tickets. An Imperial Series subscription will get 13 concerts for the price of 10 in a package that includes the entirety of both the Classical and Pops Series plus a bonus ticket to Handel’s Messiah. The deadline for subscription renewal is Saturday, March 23, 2019. New subscribers can subscribe any time. Single tickets will go on sale August 12, 2019.