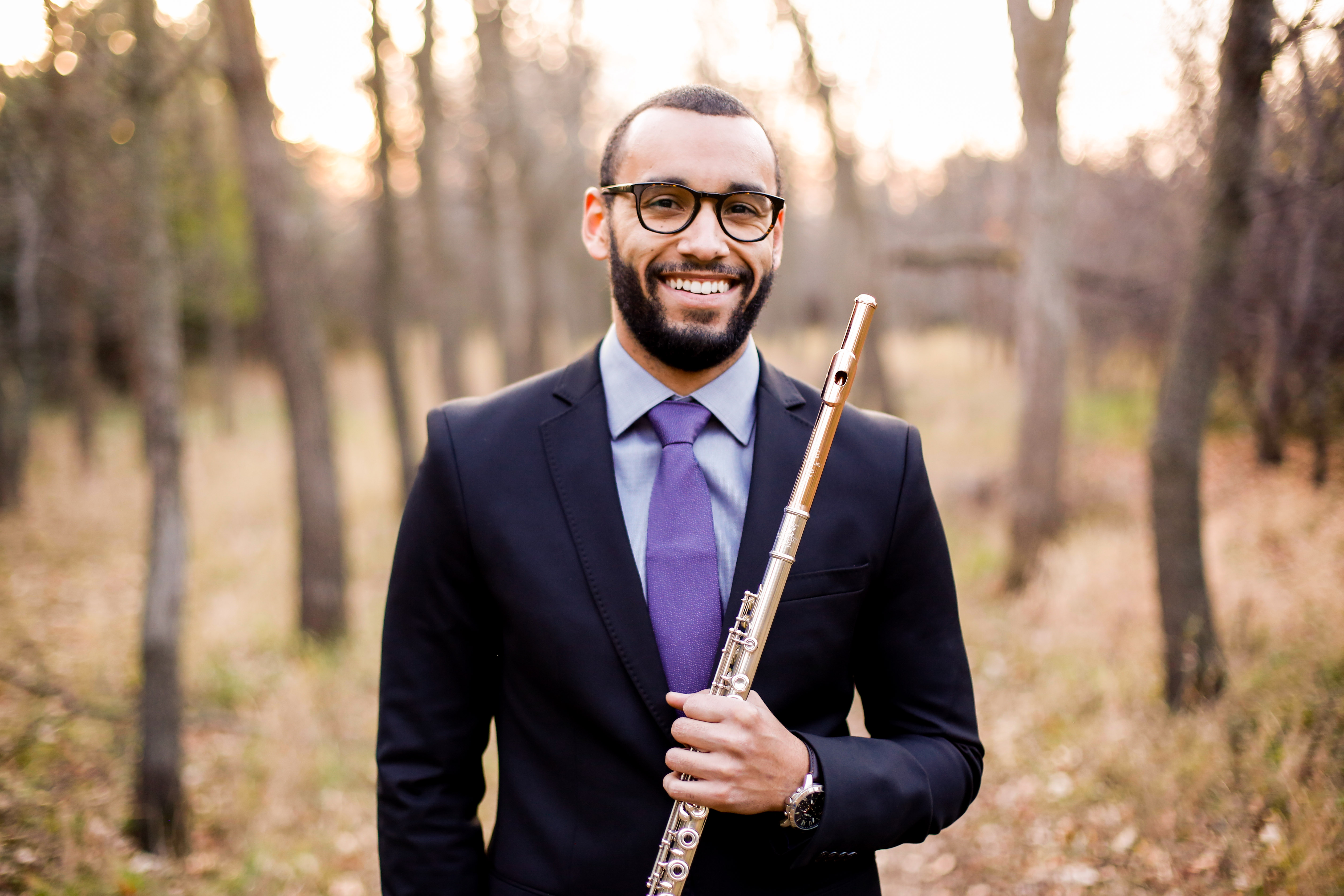 Principal Flutist of the South Dakota Symphony Orchestra, William Cedeño, was born and raised in Caracas, Venezuela. He started his musical career at the age of 9 in the world-renown Venezuelan program, “El Sistema.”  In 2003, William was accepted into the Simon Bolivar Conservatory of Music and entered the studio of Miguel Pineda for flute and piccolo.  A few months after that, he won the the principal position at the Francisco de Miranda Orchestra.

After moving to the United States, William attended Idyllwild Arts Academy as a post-graduate high school student under a full scholarship and joined the studio of Sara Andon.  Since he moved to the US, he has participated in master classes with teachers such as Carol Wincenc, James Galway, Emmanuel Pahud, Robert Dick,  and Jean Ferrandis.  In 2011, he was accepted into the San Francisco Conservatory of Music where he finished his undergraduate studies in the studio of Timothy Day.  His most recent accomplishments include winning the Berkeley Piano Club Competition, the Miami Summer Music Festival Concerto Competition, and the San Francisco Conservatory of Music Concerto Competition. William recently finished his first year of a masters degree program in Flute Performance at the Rice University’s Shepherd School of Music, studying with Leone Buyse.