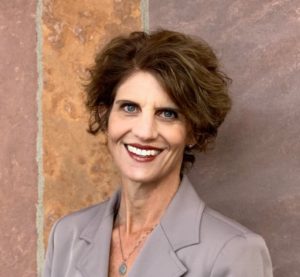 Jennifer Teisinger began her 20+ year career in the performing arts managing concert operations and music education programs, and since 2005 has led three different organizations as executive director. Described as a top-notch administrator who is ‘cool under pressure,’ and recognized for her work ethic of unwavering dedication and integrity, Teisinger is a natural strategic planner and problem solver, an enthusiastic fundraiser, and an experienced leader who knows how to bring out the best in her staff and at the same time inspire board members individually and as a group.

Teisinger joined the South Dakota Symphony Orchestra as Executive Director in February 2019. In the first year of her tenure, the SDSO’s Lakota Music Project performed in Washington D.C., for which the organization received its first-ever national media attention. Under her leadership, the South Dakota Symphony is adapting its operations to continue bringing music into the community during the coronavirus pandemic with a reimagined 2020-21 concert season, new digital content, concert streaming, and modified live performances.

Prior the South Dakota Symphony, Teisinger served in the same role with the Bravo! Vail Music Festival in Vail, Colorado. A strong believer in the power of commissioning new music, Teisinger’s first project at Bravo! Vail was to establish the New Works Fund, which financed the premiers of five commissioned pieces of music in celebration of Bravo! Vail’s 30th Anniversary. This endeavor was recognized by the New York Times, who responded by including Bravo! Vail in their list of top 10 Summer Classical Festivals.

For nine years Teisinger was the Executive Director of the Sun Valley Summer Symphony (Idaho), the largest privately funded free-admission orchestra in America. Her accomplishments there showcase her skill at securing an orchestra’s financial stability while developing programs that encapsulate the culture and tradition of the organization. Successes there include establishing endowment and planned giving programs, doubling the reserve fund, expanding artistic offerings, and tripling the staff. Teisinger also played a pivotal role in the design and planning details for the construction of the world-class Sun Valley Pavilion, built for the Symphony’s use. Teisinger’s passion for new works and commissions resulted in seven world premiers of orchestral and chamber works during her time in Sun Valley.

Teisinger also served as executive director of the Vancouver Symphony Orchestra (Washington State), Youth Orchestra Manager for the San Francisco Symphony and Concerts Manager at the San Jose Symphony. Jennifer Teisinger has a bachelor’s degree in music from the University of North Texas, Denton, and a master’s degree in music from the Rice University Shepherd School of Music in Houston, both in oboe performance. She has served on the youth orchestra division board of the League of American Orchestras as well as on the boards of the San Jose Youth Symphony and the Pioneer Montessori School in Ketchum, Idaho.

including hiking and Nordic skiing with her husband, reading historical fiction and biographies, and is always on the lookout for a new vegan recipe.